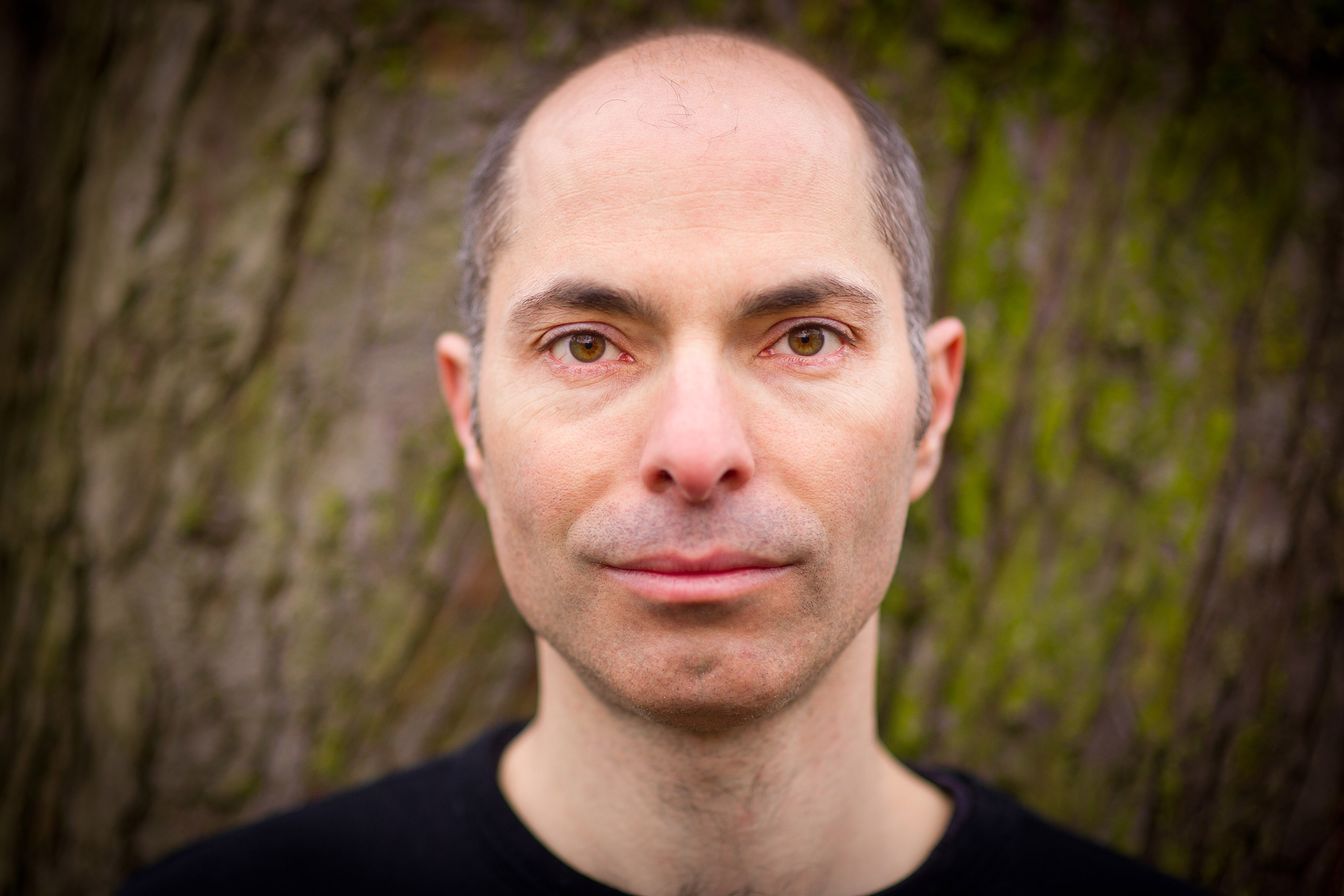 Born in 1969 in Petah-Tikva, Israel, Asaf later moved to the town of Rehovot, where he spent his teens and early twenties. This was an influential move for Asaf, as it was here amongst the diverse cultural influences he found in Rehovot that Asaf began to show an interest in music and rhythm. In Rehovot he lived amongst people from North Africa, east and central Europe, and the Middle East. Living in Shaarayim, the Yemenite neighbourhood in Rehovot, Asaf was particularly drawn to Yemenite culture, music, and rhythms.

At the age of 12 Asaf began drum lessons, while also having a strong interest in playing electric bass. The music that influenced Asaf at the time still influences his writing and playing till this day; The Beatles, Police, Yes, Genesis, Mahavishnu Orchestra, Allan Holdsworth, and Weather Report to name a few.

Out of the army in 1990, Asaf started his professional career as a musician playing with many different young Jazz-Rock, Kleizmer, world music, and Free Jazz bands. During that time he co-operated with Israel’s local Jazz/world luminaries such as Harold Rubin, Albert Beger, Yair Dlal and Eyal Sela. Many of those early projects where recorded and released by a pioneer Jazz record label in Israel called Jazzis (founded by Adam Baruch). Around those years Asaf started to write music but it wasn’t until 1995 when he formed his first trio that he found an outlet for his writing.

In 1993 moved to Tel-Aviv. While making his living playing mainly Jewish music Asaf continued to develop his own voice as a drummer and composer until, in 1995, formed his own trio (consisting of Kobi Arad on Keyboards and Gabriel Mayer on Bass) and recorded his first album ‘One Step Close’ (independent).
In 1996, Inspired by French Church Organ composers such as Olivier Messiaen, Maurice Durufle’ and Cesar Frank he formed a unique new band ‘The Inner Noise’ consisting of Church Organ, Electric Guitar and Drums (with Adi Goldstein on Organ and Amir Perelman on Guitar). The Inner Noise’s first project was commissioned by the Arts department of the Tel-Aviv City Council and was performed around Israel in 1997-8.

In October 1998 Asaf left Israel and eventually settled in London in April 1999. He soon become part of the UK Jazz and world music scene, and started working with Adel Salameh, a Palestinian aud player/composer with whom he recorded the album ‘Nuzha’ which featured Asaf’s Middle Eastern frame drum playing.  Soon after arriving in the UK Asaf re-formed the Inner Noise band with Steve Lodder (Church Organ) and Mike Outram (Guitar).

In 2000 Asaf met Gilad Atzmon, which was the start of a major creative collaboration. With Atzmon they formed The Orient House Ensemble, and this band went on to record 7 albums (‘Orient House’, ‘Nostalgico’, ‘Exile’, ‘Musik’, ‘Artie Fishel & the Promised Band’, ‘Refuge’, and 'In Loving Memory Of America'). OHE’s album 'Exile' won the 'Best CD of the Year' category at the BBC Jazz Award 2003 and nominated for the ‘Best Band’ category in 2004. Asaf performed with The OHE in many prestigious festivals and venues in the UK and in Europe until April 2009 when he left the band to focus on his own writing and work with his trio.

In 2003 Asaf recorded the Inner Noise’ first album (‘Inner Noise’, Konnex KCD 5113). ‘Inner Noise’ is widely considered a groundbreaking album and the music has been described as a new gender - ‘Gothic Jazz’. The CD was chosen as one of the best albums of 2005 at the CHUOFM89 radio jazz station in Canada.

In 2006 Asaf started a unique collaboration with highly acclaimed saxophonist/composer Tim Garland and has enjoyed making four albums with him so far; ‘If The Sea Replied’ (The Lighthouse Trio), Due North (Northern Underground Orchestra), The Mystery (featuring Chick Corea and the Northern Sinfonia Orchestra), and ‘Libra’ (Lighthouse project). Asaf has toured around the world with the Lighthouse project; Far East, U.S.A, Europe, etc.

With his Inner Noise band Asaf made two more albums, ‘We Are Falling’ (Konnex 2005) and ‘The Song Within’ (SAM Productions/Egea 2007) which was selected as one of the best albums of 2007 at the ‘All About Jazz’ web-site by John Kelman.

While developing his own compositions, Asaf formed the Asaf Sirkis Trio in 2007 which features Greek guitarist Tassos Spiliotopoulos and Israeli bassist Yaron Stavi. This trio released their first album ‘The Monk’ in September, 2008 (SAM Productions/Egea) and is currently preparing a new release - 'Letting Go' - in September 2010.

Asaf is currently touring extensively with his Trio and with his 'Inner Noise' band, and is gaining in reputation as a composer and band leader.

Recently, Asaf is featured on the Lighthouse new album - Trio Lighthouse - that was released by the ACT record label in April 2012. The band will be touring throughout 2012.

Asaf's Discography
As a leader:


“Since arriving in London from Israel at the end of the end of the '90s, Asaf Sirkis has earned a reputation as one of the world's premier drummers”
Ian Patterson, All About Jazz

“Israeli-born drummer and London resident Asaf Sirkis unleashes with thunderous abandon on this hard-hitting fusion offering that harkens back to a time before the genre became codified, diluted and reduced to a critical joke” .
Bill Milkowski, Jazz Times (USA)

'The more subtle virtuosity of a Bill Stewart or a Jack DeJohnette is rooted in the subsoil of the music from which it came: it's something other than athletics. In that context, some really interesting young players to watch are Mark Guiliana from Avishai Cohen's group in the USA, and Martin France and Asaf Sirkis in the UK.'
Bill Bruford in Bill Bruford: The Autobiography, 2009, Jawbone Press

...“Sirkis simply the most sensitive of percussionists”
Chris Parker

“Sirkis is not only an inventive drummer but also a composer of rigour, wit and surprising delicacy”
Chris Ingham, Mojo Magazine

''Letting Go goes back to instrumental jazz-rock before it ironed out the creases and became an f-word’.
‘Sirkis’ magnificent presence is always tempered by an acute sensitivity to group principles’'.
Selwyn Harris, Jazzwise

''Sirkis continues to grow as a composer and leader, balancing subtly alluring introspection with dramatic release. This record will add to his reputation as an original and captivating voice''.
Ian Patterson, All about Jazz

''Sirkis is just a joy throughout, whether surging at speed or adding delicate cymbal accents amid the brush strokes. Like all the best drummers and especially those who lead bands, he manages to enhance the playing of his band members while always determining the overall sound and character of the music through his distinctive rhythmic feel and strong musical character''.
Peter Bacon, Jazz Breakfast

''Sirkis himself drums with a good mix of power, intelligence and sensitivity and the album represents his strongest set of compositions to date''.
Ian Mann, Jazz mann